When I look back at my time at prep school, I cannot really remember the Governors.  They were a grey old bunch who might be gracious enough to appear at speech day and probably held what was, at that time, to all intents and purposes, an honorary position.

Current legislation and regulations mean that this is and can no longer be the case.  There is a requirement for a high level of commitment, both in time and responsibility. The Governing Body signs off and oversees the implementation of the school’s policies; they also work closely with the Senior Management Team in setting the strategic and financial direction of the school.

Besides voluminous email correspondence, this term we have had Health and Safety, Boarding, Estates and Finance committee meetings. There was also a full Board meeting during which we welcomed three new Governors; Ben Figgis, the Headmaster of Ardingly, Dominic Mott, Head of the Senior School at Hurst and Helen Davies, Bursar at Tormead and ex- Bursar at DH; we also said good bye to Tim Manly, the Head of Hurst.

The new members further strengthen a body which includes people with a high level of expertise in areas such as finance, marketing, child protection and of course, teaching. Four members of the board have been parents at the school and all have a deep understanding of what makes DH so distinctive.

This term, we held a Governors’ Open Day where they were invited to see the school in action: they talked to staff and children, visited lessons, watched inter-school matches and even attended an informal concert. Afterwards there was training from the Association of Governing Bodies of Independent Schools (AGBIS).

I would like to thank all members of the board for their continued insight, input and support and I hope you will all have the chance to meet them at various events during the year. 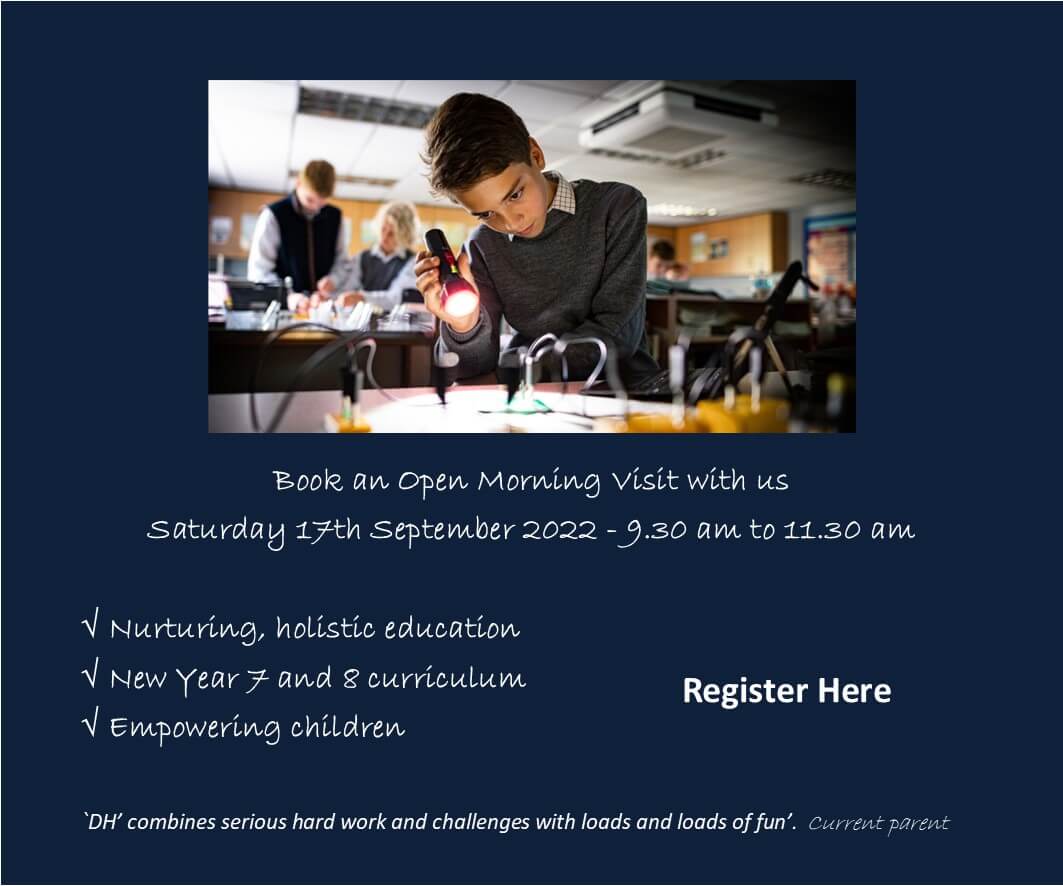